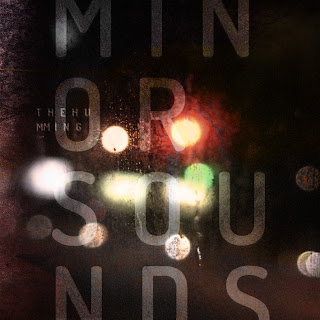 "The Humming" by Brighton based Minor Sounds is one of the most original and compelling releases of 2012. It seems to play off musical opposites while retaining a rich tapestry of folk and electrons. It is both dark and warm, stark and fluid, atmospheric and concise.

We enter the world with the eerie swarm of bees opener "Different Kind". The track trickles out of the speakers cloaked in reverb tremolo guitar, making way for the Foxy vocals of Mirna Stanic; A native of Croatia who found herself collaborating with UK producer Martin Zietek.

Before we feel to comfortable in trippy Portishead territory, enter track two "Everything You Need" which skips along on an Americana brush kit beat and climaxes with warm harmonies and banjo. "Three Legged Dog" is grounded in acoustic pop territory which works wonderfully well, building into "Hail Storm" which had a similar cinematic ambiance as the opener, with a touch of quirky Canadian folk and a lovely decaying snare.

Next is the evocative and emotional "Behind the Scenes" which weaves a tale of comfort in insecurity into a ballad of yearning and healing. "Gravity" starts with some fuzzed out grunge guitar chords, with Mirna Stanic following the banging drums in true PJ Harvey grace. "Crooked Feet" has a blooming quality which helps sooth the listener deeper into it's indie dream.

The title track rounds out the album, bringing it full circle. It's combination of lyrics and atmosphere works in a mysteriously beautiful way, solidifying it as the most original work on the album. It is a pretty bare bones arraignment punctuated by the static pop of a kick drum and wondering melody line. This particular song has received quite a bit of love from the BBC and was also featured on the Fat Cat Records Demo Compilation of 2012.

I'm sure this is just a sign of the great things to come from Minor Sounds, as this release is one of the most accessible studies in the stunning beauty of the human condition ever put to tape.

Check out Minor Sounds and buy "The Humming" HERE.