The Peer Press on Babysun

We sent our Peer Press the EP, 13, from the band Babysun.

KEY TRACK:
One Big Everything
*********
Read all about it below:
THE PHOTOGRAPHER

My favorite songs are those where the music lets me really hear the lyrics. These songs from Babysun found me leaning into the speakers straining for the words.  The consistent rhythms in "One Big Everything", "Mid Air", and "What Comes of Life" push the melody forward, forcing me to focus on the layering of sounds and the mood of each song.
These atmospheric and mellow songs (with the exception of the up-beat song Satellite) conjured up images of a sixties peace-in. The lyrics and the global influences resonate with a Woodstock vibe.


THE DOULA
"I enjoy living life, floating through air but then suddenly I visit one big satellite and crash."
I enjoyed Babysuns EP "13."  Great match up with voice and instrumentals that one could play while sprawled out on the floor in sweet nostalgia as they sort and embrace photos of years past, possibly sipping a glass of wine or hot cocoa, even better on a day when the sky is grey and rain is providing a background beat.  Your reminiscing over your childhood and relationships probably brings a tear to your eye and the music just fills in your soul... and then Satellite literally jolts on to your music player and you are transported to a crazy high school party or perhaps an acid trip if you played that way  In the future I would probably listen to the entire EP again and skip Satellite, unless of course I was preparing for a marathon, driving down PCH with all my windows down or practicing my emo rave moves.  Has anyone seen my glow sticks?  It shook me up after I had been in a calm zone from the other tunes.
bahahaha


THE SPIRITUALIST
The standout track for me here is "One Big Everything".  Beautiful music, impactful lyrical content, and a resounding message of hope and peace.  What else should music be used for but to bring hope and love to us all...
**********
Find Babysun on Myspace Music
Posted by Sam & Jenn at 10:58 AM No comments:

The Peer Press on The Castros

On
The Castros
We sent our Peer Press their cover of Michal Jackson's "Billy Jean" from the EP,
The Tiny Airplane. 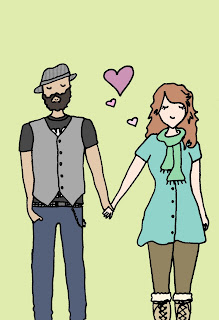 Give it a listen below while you read...
THE LINGUIST:
Michael Jackson, in death, left us on our own -- whether we choose to wander in the wilderness, or to build a culture atop his records so magnificent it transcends them. We've had a couple years to process the man's complex legacy. We've all loved, lost, and lived a little since then -- and we probably will continue to do so. I didn't like this performance when I first heard it. My initial thought was "wow, you could walk into any coffee shop in America and not wait too long before hearing a folky interpretation of something by Michael Jackson." But that first impression may not be true. Just like New York and Los Angeles became familiar with electric lights decades before the Tennessee Valley ever did -- the internet accelerates the percolation and texture of our culture to level the playing field. Ohio's not a backwater. The Castros are doing meaningful work to further a cultural conversation. The next time you find yourself in central Ohio you might walk into a coffee shop or other venue and hear The Castros. I hope you do. Because they know what Michael's values were -- to inspire everyone. And you never know where you might find it. Who are any of us to argue with that??
THE DJ:
Released from the tyranny of Quincy Jones' timeless production, we can finally understand every word to Michael Jackson's testimonial from that paternity hearing.


What a beautiful rendition of Billie Jean.  Knowing the words and then listening to a song at a completely different pace in like playing a mind game.  Her voice is soothing and slightly haunting.  It would have been a welcome change to my ears if the song had been slowed down even more as there are parts when it sounds like she is trying to catch up to the instrumentals and to my ears it would have been that much more enchanting.  I actually had more fun listening to "Pumpkin Pie."  I am a sucker for original songs and a hoarder of the holiday Pumpkin Pie.

THE SPIRITUALIST:
I agree with my peers on this one.  There is something that differentiates this from the "coffee house" crowd.  The haunting & beautiful voice, the simplicity of the music, and the sincere delivery shines a light on an amazing composition of a pop legend.  Well done.
THE FILMMAKER:
For the size of his songbook, MJ has not been covered as often we would think.  A few keepers stand out: Chris Cornell, Fallout Boy, J-May.  It's tough to compete with a Chris Cornell acoustic powerhouse rendition of Billy Jean, and unfortunately, because of the arrangement, the Castros' version here does.  I say unfortunately because although I love the arrangement, the beautiful voice of the female lead, I don't believe a word she's saying.  Her delivery doesn't make me feel like she knows 'Billie Jean' this figure that was more 'like a beauty queen', or any of the other elements of the loose narrative of the song.  When Phil Collins cranks out 'Tonight's the Night' I don't have a single doubt in my mind that 'Tonight IS THE NIGHT'', and I hold on for the ride.  Make us believe it and I won't be losing interest half-way through this performance.  It's not a result of the arrangement - the recording is really well done.  It's in the attitude that this one lacks for me.
*********************
Please support The Castros and buy their EP, The Tiny Airplane Here. 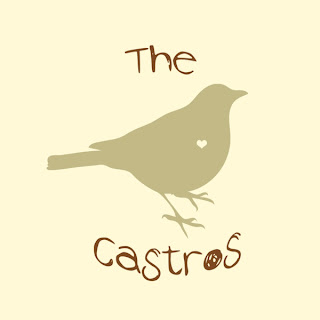