Rooftop Runners, We Are Here 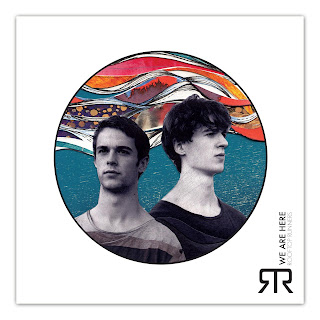 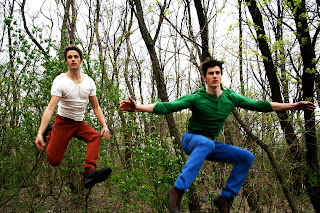 The Peer Press on King Loverr

We sent our Peer Press the song "Island Girl" from the self proclaimed "Sexy Deep Voice of Love", King Loverr. 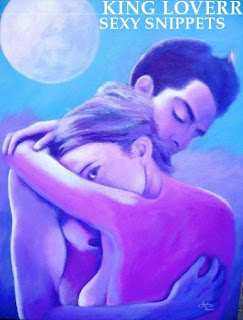 
THE NATURAL
Although the sound quality leaves something to be desired. The song is simple and romantic in a way that only R&B can be. King Loverr's authentically low vocals also add some "Barry White effect" to the song, which is a little bit funny while managing to stay cool.
THE DOC

Wow, this song gets a lot of mileage out of a 7 second loop!
The DJ
What if Johnny Hartman were the self-produced rival of young Tresvant from New Edition? This minimal mise-en-scene is just begging to be d-stepized.
*******
Check out King Loverr and Island Girl
Posted by Sam & Jenn at 9:06 PM No comments:

Raheem Cohen by The Natural

Raheem Cohen is an up-and-coming band in the Silverlake/Echo Park area of Los Angeles. Three of the five members are brothers and have been playing music together since childhood.  In their area, they represent a band that connects many groups of people. For some, going to a Raheem Cohen show is a mini reunion of friends that know each other through the band. 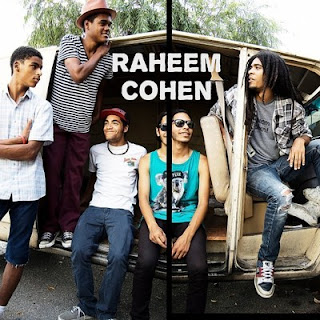 Their songs will typically have a strong back beat and an emotional vocal performance. The guitars are soaked in reverb, the drums are loud and the bass is consistently groovy. To me, their style would be most easily described as a funk version of the Strokes.

Raheem Cohen is a feel-good band but they have an intensity about them that is special.  I highly recommend you check these youngsters out.  Expect a National tour this summer. 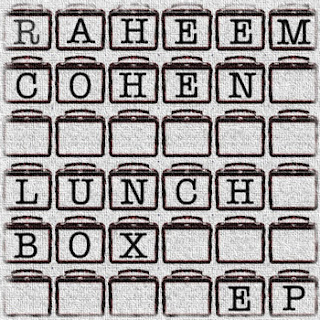 Check out their EP, Lunch-Box at Raheem Cohen's Bandcamp by clicking the photo above.

Slim Loris, Down to Earth 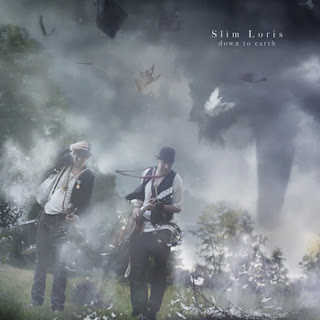 Slim Loris' Down to Earth creeps up on you like a late night winter frost. Haunting piano arrangements descend upon the sparse recordings as the lead singer warms the atmosphere with his heartfelt words. these Swedes play a sobering blend of piano pop and melancholy British rock that welcomes you into its wistful spirit with touching and achingly emotional songs.

Some nice subtle dynamics show themselves after a few spins and there is very nice writing, singing and playing throughout.  I like the Beatles like "Low" with it's jangly melody and sweet vocals and the stripped down "Did I Ever".  My favorite track is "Break Even or Lose" with an organ drenched breakdown reminiscent of a 60's rock song with harmonies to boot.  The Sweet Loris crew is definitely giving it their all and obviously have a lot to give. The band has the potential to knock you on your bootstraps with both gusto and grace. This is something that comes hand and hand with discovering your true artistic voice. 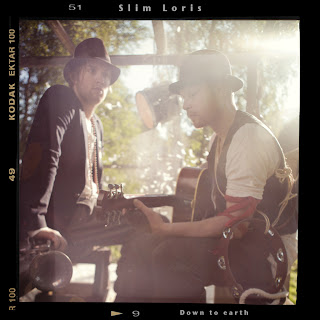 Slim Loris reminds me of the wonderfully downtrodin' band Blue Merle, and are close to finding that powerful interjection of color and life that can turn emotional folk rock into a transcendent musical experience. You can see glimpses of this on "Light Come Shining". They have a tremendous amount of positive things going for them in terms of their style, substance and presentation and if this release is a sign of things to come... I certainly expect great things.

For fans of great folk rock, give Slim Loris' Down to Earth a spin. 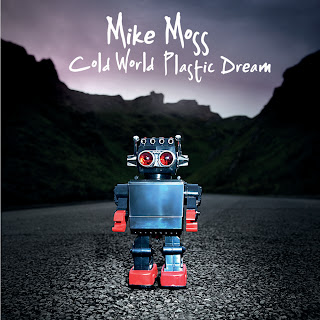 Mike Moss's Cold World Plastic Dream is filled with a sweeping universal appreciation, pairing pulsating ballads with images of nature and being-ness. When the electric guitars kick in, U2 comes to mind, but Mike's delivery is honest and genuine without any sort of rock star pretense.

There is a soaring quality to songs like "Morning Call" when Moss allows his voice to tenderly break into falsetto. Other tracks like "Be The Way" have a welcomed intimate, unplugged vibe sounding like a late night lullaby sung to a silently enthrawled crowed in a distant pub somewhere across the sea. "Drifter" is another standout with a lovely 'wind at your back' feel, with Moss emotively voicing his lyrics like a dust bowl David Bowie.

There is a cool electronic edge to the album which separates it from Moss's singer/songwriter counterparts. The best songs on the album delicately weave natural acoustics with digital beats. The most interesting one being "It's Time", whose rapturing melody is complimented by buzzing synths, piano arpeggios and a groovy bass line. This song would sit well at the end of a film, especially a touching biop of a man who has found his truth.

Great tracks aside, the most powerful thing about the music seems to be the warm way Moss voices his connection to the natural world. When he eloquently songs "light pores through my window over the land and kisses the sky" we can glimpse into his deep appreciation and love for life.